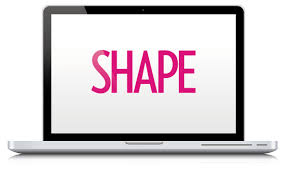 As Seen on Shape.com

A cyclist in Brooklyn's Prospect Park was the victim of a cruel prank that left him with six broken ribs, a fractured elbow, and recurring dizzy spells—and that the police aren't investigating the incident as a crime.

Michael Wilhelm was biking the park's 3.3-mile loop last Tuesday when a rope, stretched across the road, snagged his wheel and threw him over his handlebars. A photo he took at the scene shows the trip-line was tied to a fire hydrant and pulled taut several inches off the ground.

Wilhelm's crash should also serve as a reminder to all cyclists to know their rights in the event of an collision. Whether it involves a car, another bike, or a danger on the roadway itself, a crash should be well documented and investigated, says Daniel Flanzig, a lawyer who focuses on cycling injuries in New York City. (Yes, there is such thing as a bike lawyer! Who knew?)

Flanzig recommends always calling the police to the scene of a bike crash, even if it's minor and you think you're okay. "If there's another party involved, you can make sure proper insurance information is exchanged in case you need it later," he says. "Even if you have to wait 15 minutes for them to show up, it's worth it." He also developed a free app for iPhone and Android, Bike Crash Kit, that helps cyclists collect necessary information at the scene of a crash.

Even in a case like Wilhelm's where there's no obvious person at fault, it's not a bad idea to consult an attorney, Flanzig says. He represents one client, for example, who was hit by a rock thrown from an overpass. The rock-thrower was never caught, but Flanzig was able to get the city to extend fencing on the overpass to cover the bike lane so that it can't happen again. He's also worked with cyclists who have been injured by potholes and other obstacles in city streets or bike lanes, "doored" by drivers getting out of their cars, or hit by vehicles making right or left turns.

If you are involved in an collision, a lawyer can help you consider your next steps. In fact, Flanzig says he's in the process of building a nationwide network of legal professionals who focus on cycling cases, and he says a website may soon be available. In the meantime, the best way to protect your rights and your safety is by obeying all traffic lawsand being a responsible, careful cyclist. "You have to ride with your head on a swivel, be on the lookout for hazards, and expect the unexpected," he says.