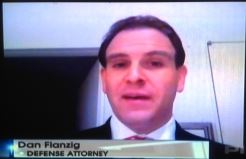 Last night Daniel Flanzig was interviewed by Jay Dow of WPIX News, NY. Jay Dow was doing a story on the Bloomberg Administrations push on a variety of health Issues such as cigarettes, large sodas and trans-fats but not bike helmets. Jay Dow's story was to bring attention the lack of a law or requirement in the City to require bike Helmets for Citi-Bike users despite this administrations aggressive approach on other less obvious dangers.

Daniel offered an alternative seen in Canda and other cities. By installing vending machine at our near bike share stations, riders could have quick and easy access to helmets. This would be especially useful to tourists and other visitors who do not travel with Helmets.