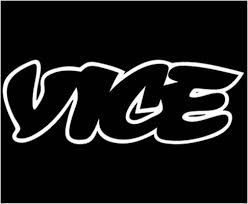 You Can Kill Anyone As Long With Your Car, As Long As you Don't Really Mean It

On May 29 of last year, Bobby Cann left the Groupon offices in Chicago, where he worked as an editorial-tools specialist. Traveling north on his bicycle, he rode up wide, sunny Larrabee Street. As he entered the intersection at Clybourn Avenue, a Mercedes SUV traveling more than 50 miles per hour slammed into him from behind. The impact threw Cann into the air. He landed unconscious, blood streaming out of his mouth and his left leg severed. Bystanders, including a registered nurse, rushed to help. Shortly after transport to a nearby hospital, he died.

What makes Cann's story notable among the 700 or so bicyclists who are hit and killed in America each year is that San Hamel faces charges in Cann's death. According to a recent report by the League of American Bicyclists, barely one in five drivers who end bicyclists' lives are charged with a crime. The low prosecution rate isn't a secret and has inspired many to wonder whether plowing into a cyclist with a car is a low-risk way to commit homicide.

The Cann case is an exception that proves the rule. "The criminal case is sort of about the outrageous nature of what happened," Todd Smith, a civil attorney for Cann's family, concedes. "[San Hamel was] driving under the influence on the city streets where things are congested, and [there was] the complete lack of braking of any sort, the enormous impact of a car of thousands of pounds going in excess of 50 miles per hour, hitting just the human body." San Hamel's blood alcohol level was 0.127 at the time of the crash.

Bicyclists who pushed for prosecution also helped the cause. Last summer, more than 5,000 people signed a petition asking state attorney Anita Alvarez to refuse a plea bargain from San Hamel. Local activist Robert Kastigar, who started the petition, says he believes it encouraged the state to pursue the case. A representative of Chicago advocacy group Active Transportation Alliance says the involvement of activists is likely to influence stiffer sentencing.

Nationwide, incidents like Cann's often result in misdemeanor charges, tickets, or nothing. Leah Shahum from the San Francisco Bike Coalition told the New York Times last year that her organization does "not know of a single case of a cyclist fatality in which the driver was prosecuted, except for DUI or hit-and-run." Kristin Smith, also of the SF Coalition, says that "Last year, four people were hit and killed in San Francisco and no charges were ever brought," including for a collision captured on video that showed the driver was at fault. Last year in New York City, the bike-advocacy organization Time's Up pushed for changes in police investigations of bicyclist deaths by painting chalk-body outlines on streets, marked with words familiar from NYPD reports: "No Criminality Suspected."

Data on the official number of prosecutions in fatal bicycle collisions is sparse, and following up on prosecution is the least-covered point. A May 2014 report from the League of American Bicyclists reads, "We don't know much about the consequences of most crashes that result in bicyclist fatality." Based on incomplete data, the report estimates, "Nationally, 45 percent of fatal cyclist crashes had some indication of a potential enforcement action; 21 percent had evidence of a likely charge; [and] 12 percent resulted in a sentence." Put another way, killing a cyclist with a car was effectively legal in more than seven of every eight cases.

Despite universally acknowledging the problem, bike activists don't always agree on appropriate punishments. Robert Kastigar, the activist who circulated the petition for Hamel to stand trial, is ambivalent about punishment. "He shouldn't do 120 days, but he shouldn't do 12 years, either," he says, even though the latter figure falls within Illinois state law's sentencing guidelines for reckless homicide (three to 14 years). He also suggests San Hamel would be best punished by being forbidden to drive, "since we all depend on cars." (It's worth noting that Bobby Cann did not have a car.) In another case, the mother of Hector Avalos, a 28-year-old former Marine struck and killed by a drunk driver in Chicago last December, believes putting the man who killed her son in prison is pointless. Robert Vais, the driver, "might only do one year," she said. "What good does it do for me?" Vais received a felony aggravated DUI and two misdemeanor DUI charges, but nothing for killing Hector.

But if the public is at a loss, so are prosecutors. Portland, Oregon, attorney Ray Thomas explains that DAs don't like to go after "some soccer dad who made a mistake… The police, prosecutors, and courts don't feel it's a mistake that should net someone jail time… There are criminally negligent homicide laws. But [a crash] has got to be really, really bad."

League of Illinois Bicyclists executive director Ed Barsotti explains why cases aren't prosecuted in his state: "We are left in that situation where you have to be charged with a felony, and it's really tough to meet that standard, or you're stuck with the usual traffic citations. We and many others are interested in having that prosecution gap closed." Illinois created a Distracted Driving Task Force in 2008, which generated a list of laws for new charges against drivers who hit bicyclists. Unfortunately, for lack of political will, none of those laws passed.

In 2010, a glimmer of hope was sparked in New York when Hayley and Diego's Law was passed. The law, which focuses on penalties specific to careless driving, is designed to enable prosecutions of drivers who hit bicyclists and pedestrians—a previously difficult task because no appropriate penalties existed. But New York cops and activists don't acknowledge Diego and Hayley's Law. Despite arguing for more aggressive prosecutions of careless drivers, Time's Up director Bill DiPaola was unaware of the law. (DiPaola says his group focuses on educating bicyclists on how to manage a crash, and has also successfully pushed the city to beef up its collisions-investigation unit to address cases in which bicyclists die.)

While Hayley and Diego's Law is a step in the right direction, New York City's biggest roadblock when it comes to prosecuting cycling accidents is a bizarre loophole that is applicable to the majority of collisions. " Right now, what New York misses that other states have is that the police cannot issue a summons unless an act was committed in their presence," says local bike attorney Dan Flanzig". This means most bicyclists can expect police action only if a cop happens to watch with his or her own eyes as they get flattened on the pavement.

Flanzig says New York is also unique because it has a "no-fault" insurance law for motorists, which can cover an injured bicyclist's medical bills without a criminal prosecution or a private lawsuit. Flanzig says the insurance may give cops an excuse not to bother with the logistical problems of prosecution: "They may say, 'This is a civil matter; we're not going to chase them down; we're not going to do a summons.'"

Other states' laws make a bit more sense. Delaware, Hawaii, Oregon, Utah, Vermont, and Washington have recently implemented vulnerable-road-user laws, which provide comprehensive methods to address cases of careless driving without felony charges. Thomas describes them this way: "[The crash is] not necessarily a crime, but there are some things you need to do to reconcile it. That's community service, a physical and mental evaluation, and a driving safety course," which "provide a higher level of scrutiny" on whether a driver should return to the road.

Spurred by an incident caught on video where a driver yells something at a cyclist before slamming into him, Washington, DC, passed a limited "anti-harassment" law in 2012 to penalize drivers who deliberately assault bicyclists. Washington Area Bicycle Association, which pushed for the bill, says it was necessary because deliberate harassment of cyclists was common in the DC area and " too often… criminal charges are not brought" under existing laws. Similar laws have been passed in 17 states.

But while those laws might help prosecute the psychopathic assholes who don't have any qualms about hitting a cyclist out of anger, the vast majority of fatalities can be chalked up to negligence. This means that even if these new laws are actually enforced, the number of cyclists who are run over might not decrease. Portland, Oregon's Bicycle Transportation Alliance helped pass a Vulnerable Road Users law, but communications manager Rob Sadowsky says, "We didn't push the law expecting there to be more [safety]. We wanted prosecutors and DAs to have an opportunity to have tools at their hands to be able to punish." Sadowsky points out deterrent effects only reduce intentional killings, and "nobody ever wants to kill anyone."

The longtime tension between cyclists and cops, which DiPaola blames largely on the confrontational and sometimes violent Critical Mass protests of years past, seems to be waning. In Chicago, a recent Ride of Silence that I attended went off without a hitch. The ride, which tours ghostbikes to call attention to bicyclists' deaths, began with a gentle reminder to "obey the police," and the police reciprocated with an unusual politesse. For people complaining about having their lives threatened, the activists were bizarrely chill.

But if the group reacted to their own aims as if the wind were at their backs, then perhaps they have a point. After all, every single state has considered distracted or careless driving laws (like Hayley and Diego's Law) since the year 2000, and every Vulnerable Road User law on the books has been passed since 2007. Increased public funds for bicycle lanes, bicycling promotion schemes, and advocacy have created huge surges in the number of riders, too. If the recent past is any clue, more pro-bicyclist legislation is on its way.

Soon, any crash—not just the drunken, high-speed, body-dismembering collision that killed Bobby Cann—might be enough to put a driver off the road or even behind bars. As bike attorney Ray Thomas puts it, "I feel like things are going our way."