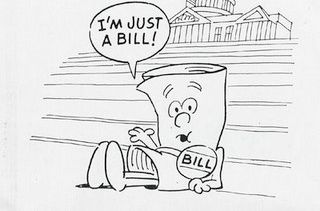 A Brooklyn cyclist who got hit by a cop car was flabbergasted to find a bill for repairs in his mailbox four months after the collision. Justin Johnsen, 31, was biking on Flushing Avenue by the Brooklyn Navy Yards on November 5th when a cop behind the wheel of an unmarked car ran into him. “I had left the bike lane to make a left turn, and I looked behind me and saw that it was clear, and the farthest car was a fair distance,” Johnsen tells the Post. But before he completed the turn, Johnsen says, "I was swiped by this car on my left side."

This car was a Ford Taurus owned by the NYPD. An ambulance took Johnsen to New York Methodist Hospital, where he was treated for minor injuries and released. He says he didn't consider suing the police, even though the cops who emerged from the car never apologized for running into him. Four months later, he thought the matter was behind him, but then he received a bill in the mail to the tune of $1,263.01, which the city demanded to cover the cost of repairs to the cop car.

“I think it’s preposterous,” Johnsen tells the Post. He retained a lawyer after the city threatened to sue him if he didn't pay up, but the city reportedly waived the bill after the Post inquired about it. A spokesperson for the City Law Department issued this statement to Gothamist: "As indicated by the collision report, the officers disagreed with Daniel Flanzig's version of events. Nonetheless, we have withdrawn this matter, as it is not City procedure to send bills in these instances."

The moral here is that you should be careful not to damage city property whenever it rams into you. For those who like to collect idiotic bureaucratic billing snafus, last October the city had to apologize after sending a $710 bill for police car repairs to the family of a Bronx man who was fatally run over by police.