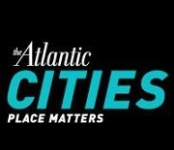 In Minneapolis, Reducing Bike Crashes by Studying Them in Detail

In the past ten years Minneapolis has made great strides toward becoming a friendlier bike city — bicycle commute share doubled to 3.4 percent, to name just one achievement — and in the years to come it's hoping to make even greater ones. Among the goals of the city's latest master bicycle plan is to reduce bike crashes by 10 percent. By doing that, Minneapolis hopes to convert a lot of hesitant riders into habitual ones.

As a first step toward this goal, the city recently conducted its first "comprehensive crash analysis": a thorough look at nearly 3,000 bike-car accidents that occurred between 2000 and 2010 (via Streetsblog). The resulting report, released earlier this month, should serve as a model for other cities hoping to reduce bike crashes by understanding how they happen. In the case of Minneapolis, the data pointed to infrastructure, driver awareness, and rider behavior as the three main factors contributing to crashes:

The city’s busy streets and intersections were not originally designed for bicycle traffic. Bicyclists are relatively new to modern roadways and not all motorists have come to expect them. And lastly, the lack of designated space and the large number of novice riders likely contribute to the large number of unpredictable maneuvers by bicyclists.

A general need to improve urban bike infrastructure has become increasingly evident. As Emily Badger recently reported, dedicated bikes lanes cut bike-related injuries in half, and protected lanes drop the risk by 90 percent. In its master plan, Minneapolis intends to add 183 miles of bikeway in the coming years, and to bring all residents within a half mile of a bike lane by 2020.

Street upgrades aside, the recent crash analysis found that drivers and riders were "equally contributing to the causes of crashes" in Minneapolis.

Bicyclists played a role in 59 percent of recorded bike/car collisions: the most common problems being a failure to yield (13 percent) and disregarding a traffic signal (13 percent). Drivers, meanwhile, contributed to 64 percent of accidents, most commonly (32 percent) through a failure to yield themselves. (The figures exceed 100 percent because each party can have some blame in a collision.)

To be sure, assigning blame for a crash is tricky. Environmental factors — such as poor street designs or bad weather — can play a critical role. Sometimes the car culture that dominates city transportation modes can lead to a "windshield perspective" among traffic officers. In any event, a safer bike network that begins with better infrastructure must continue with programs to educate drivers about sharing the road and to warn bikers about hazardous riding.

What's very clear from the Minneapolis data is that while riders and motorists may share in the fault for collisions, they don't come close to sharing equal suffering. Bicyclists sustained some type of injury in nearly 9 out of 10 car-bike accidents, while the city found no record of motorists being injured at all. Meantime 1 in 5 crashes result in a hit-and-run, and drivers are almost always the ones who flee the scene.

What's also very clear from the study is that bicycle safety seems to improve as a city adds more riders. Even as bike commuting became more popular and the number of trips increased from 2000 to 2010, the average number of accidents has held steady around 270 a year. From 1993 to 1999 that figure was closer to 320. Knowing they'll find some safety in numbers should be comforting to the "interested but concerned" potential riders that Minneapolis wants to encourage.

Eric Jaffe is a contributing writer to The Atlantic Cities and the author of The King's Best Highway: The Lost History of the Boston Post Road, the Route That Made America. He lives in New York. All posts »